(Last updated: October 1, 2019). Editor’s Note: Presented jackpot wins have been converted to $USD. Exchange rate should be taken into account while reading this article as they might differ from rates from the day of conversion. 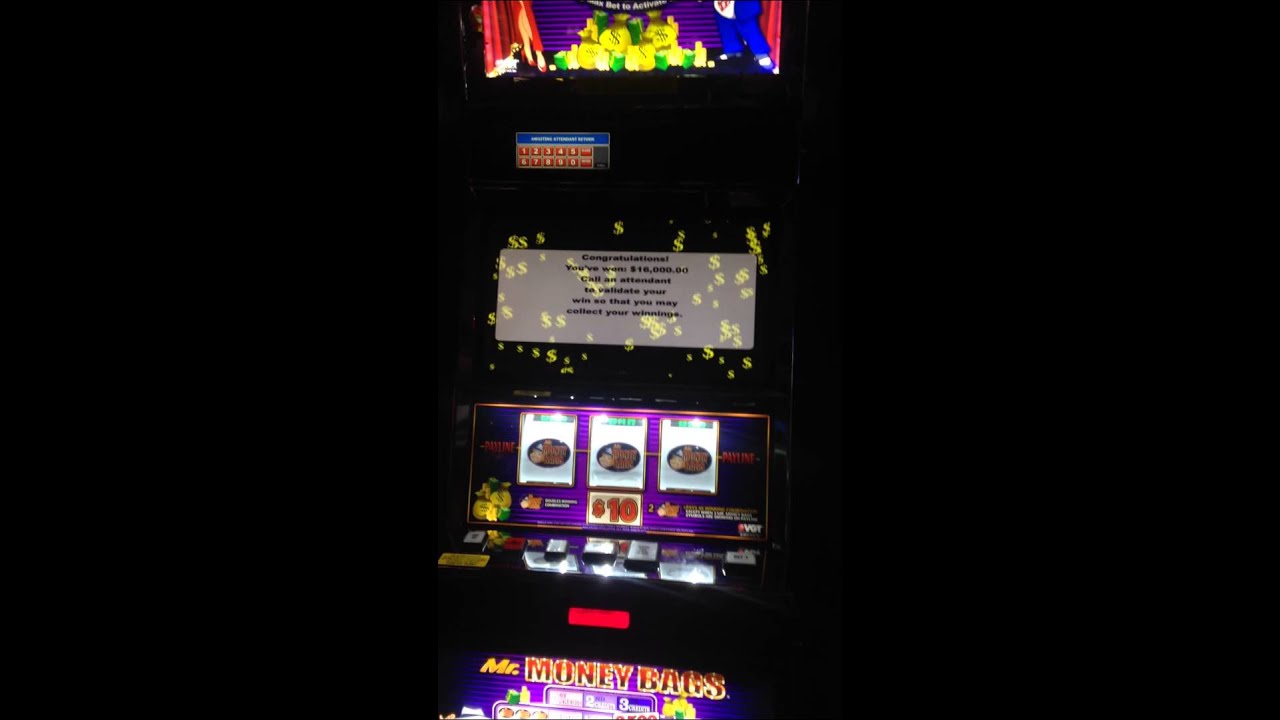 If any of you know of a jackpot win missing from the list, please do let us know. Send us the jackpot prize, date, casino, game played and additional information regarding the winner of the jackpot.

Online casino gambling can be a rather fun activity, especially if you play at the progressive jackpot games. Regardless if it is on slots, table games, blackjack or video poker, there are many lucky players that have thus far been fortunate enough to hit pretty large, life-changing amounts and live to narrate their amazing stories. The excitement of hitting a progressive jackpot winning combination of symbols at slots or getting the rarest hand in blackjack right from the comfort of your home has never been greater. Continue reading if you want to learn more about the 10 biggest online casino jackpot winners of all time.

Honorable Mentions: the latest update of the Top 10 Biggest Online Casino Wins has seen two previous members of this esteemed company leave the group. Still, in order to honor all of the players from the Southern Hemisphere we thought it would only be fair to have an honorable mention of Rawiri Pou from New Zealand and an anonymous Australian player who hit $7.41 million and $7.86 million, respectively, playing on their favorite slot games – Mega Moolah and The Dark Night, the two highly-popular Microgaming titles.

Another honourable mention goes to Georgios M. who is one of the many lucky players to have hit pretty large amounts. In March 2009, Georgios won $8.6 million in cash at River Belle Online Casino and was until recently slotted firmly in the No.10 place on the list.

With a passion for slots, the 36-year-old business owner from Greece has become the winner of the largest Microgaming casino jackpot payout at the time. Georgios could not believe that this was for real. “Do not lose hope. It’s a small moment that could change your life,” he said.

Known as one of the leaders in online gaming industry, NetEnt has upheld its reputation of a top slot developer with their Hall of Gods title. The game in question has been a life-changer for so many people but the latest noteworthy jackpot win occurred in June 2017, when a 47-year-old Norwegian player scooped a staggering $8.63 million windfall from the Folkenautomaten Casino. The lucky winner played the desktop version of this popular Norse mythology-themed slot which has thus far yielded a combined lifetime payout worth nearly $92 million.

Hall of Gods from NetEnt is a progressive slot that features 5 reels and 20 paylines.

9. NetEnt’s Hall of Gods Pays $8.73 Million to an Anonymous Player

Hall of Gods has paid a record-high progressive jackpot of 8.73 million to a Betsson Casino player in April 2015. The winner has chosen to stay anonymous and there is no information regarding their gender, age or location. However, this large amount will probably stay remembered for a long time as it remains the record-high for this highly-popular NetEnt title. Even though this Nordic-themed slot machine has been treating players with multi-million prizes, as of this writing no one managed to win anything over $8.73 million. You can once again read our review for more information about this epic slot game from NetEntertainment.

A lucky woman became the biggest online casino jackpot winner in Sweden in November 2012. She won $8.75 million (€7.6 million) playing the Hall of Gods slot game at Unibet Online Casino. After the win, she was a bit dazed and couldn’t believe it. She was planning to use her winnings to pay off her house and loans and take her family to Thailand. “And I might even get a new car,” added L. who is now revelling in dreamland, living the life most people can never even dare to dream of having. This particular win was the biggest ever at Unibet Casino. The lucky woman was the fifth player to join the casino’s ‘millionaire’s club’ since 2009 at the time.

The lucky winner is displayed on Unibet's All Time Winners' list.

A mysterious player under the initials D.P. has at the time won the largest progressive jackpot ever hit on a mobile device on 28th of August, 2016. It was never revealed where does the player come from or how old he or she is. However, what it is known is the impressive jackpot amount of $8.82 million and that it has been won on an iPad. Reportedly, the user was enjoying Mega Moolah Mobile at the Zodiac Casino, when the jackpot was hit. As it was revealed by the operator, the player was signed up to the casino’s innovative promotion named 80 Chances to Become a Millionaire, which required only a small £/$/€1 deposit. Well, it must be said that D.P. certainly made the most out of it!

The success and popularity of Mega Moolah have transitioned superbly over to mobile devices as well.

Mega Moolah remains one of Microgaming’s most popular titles and for an obvious reason as well, given the slot’s highly-rewarding nature. This progressive jackpot title never fails to deliver, which was the case in April 2017 as well when a Tipico Mobile Casino user struck the cord for Mega Moolah’s largest-ever mobile payout in excess of $9.22 million, crushing the previous record set a year earlier and described just above this particular win. The lucky winner decided to remain anonymous from and the only information we have thus far is the amount he or she wagered per spin. Betting an impressive $7.2 per spin at this Microgaming slot title really paid off, however, as it helped this Tipico Mobile Casino member take a place in history books.

The Mega Moolah game is often referred to as the “The Millionaire Maker”.

Mega Fortune seems to be NetEnt’s Mega Moolah. This generous slot machine has recorded numerous wins over the years, but one of the highest ones was scored on 28th of November, 2015 at Folkeautomaten, the same venue that produced the win No.9 on our list. The lucky player called Alexander from Sweden was only 30 years old at the time of the win, when the game treated him with a $9.57 million (€8.57 million) windfall. Commenting on his luck, the player revealed that he was speechless at first and then he woke up his wife to celebrate. Alexander said that he was planning to lay low, pay his mortgage and probably treat himself with exciting holidays and a new car. NetEnt’s Chief Product Officer Simon Hammon didn’t miss the opportunity to highlight that the company paid more than €13 million in jackpots in less than two weeks.

A young male from Norway couldn’t sleep and decided to play a few games at online casino company Betsson.com. On that sleepless night on 24 September 2011 he became $13.47 million (€11,736,375) richer. The game that set the Guinness World Record for the largest ever jackpot payout is the same one that accounted for the previous entry in our list – Mega Fortune. The anonymous player couldn’t sleep until 6:00 am because of the shock and he said that he needed to calm down first before he decided what to do with the money. Huw Thomas, the Head of Betsson.com, was also in shock and he added that is a great accolade for the website to be awarded a Guinness World Record.

Everyone knows that Mega Moolah Progressive Jackpot is one of the most rewarding games out there. Jonathon Heywood from Cheshire, the United Kingdom, has felt its generosity on his skin when he landed a whopping $17.2 million (£13.2 million) jackpot. The 26-year old British soldier won the record-breaking jackpot on 6th of October, 2015, while he was playing for 25p per spin. After the win, Jonathon said that everything felt surreal and that he couldn’t come to terms with the win. But he has vowed to spend most of that money to help treat his sick father. The jackpot was hit at Betway and a casino representative expressed their delight for the record win. Even Microgaming’s CEO Roger Raatgever congratulated the winner and pointed out that to that date the provider had paid out $5.76 billion to lucky winners

2. Mega Moolah Beats All Competition – New Record to Be Endorsed?

There has seemingly been a champion that outstripped the ace from 2013. On the 28th of September 2018, Mega Moolah has engraved its name in the history of rewarding jackpots for good.

The Guinness World Record seems to have been swished once again by this Microgaming hybrid. A lucky player from Grand Mondial Casino placed an insignificant amount on the famous slot and was rewarded with a gargantuan €18,915,721 million!

At the time of writing – or better yet updating this article – information and details about the lucky winner were nonexistent. The name, age, gender and country of residence are still in the unknown. One thing should be certain, however, this winner is the new Guinness World Record holder. The Guinness Committee is still expected to ratify this win, which shall come to place later in 2019. By that time we hope to learn the identity of this brand-new multimillionaire.

When it comes to our list of top 10 wins, the lucky player slots into hte second place due to the coversion rate. Even though this win outstretches the No.1 by €1,2 million, the USD conversion transforms it into a $23.5 million win.

What is your definition of luck? Could it be betting 25 cents to win $24 million (€17,861,800)? This is exactly what took place on online casino gaming site PAF based in Scandinavia with a win hit by a lucky man in his 40s from Finland. “I laughed and cried at the same time,” said the winner. He placed a 25-cent bet on January 20, 2013 on the progressive jackpot slot game Mega Fortune operated by Net Entertainment.

Various Net Entertainment partner casinos which offer the progressive jackpot games make up the game’s jackpot pool whereas these particular funds are used to pay the jackpot winners. The win, of course, came as a surprise and the Fin couldn’t believe it. It was a dream come true.