The Upper Sioux Community is pleased to be a player in Granite Falls Area. The below enterprises are a vital step in building our own capacity for developement. Our Goal is to develope broadly based business and social programming so that we can ensure the economic and social stability of our people now and in the future. #1 Best Value of 1 Granite Falls Casino Hotels “. Very quiet campground, security drives through periodically, and also has shuttle service to the casino (0.3 mile walk from the RV park to the casino ), and a convenience store between the RV park and casino.

Granite Falls is a city in Chippewa, Renville, and Yellow Medicine counties in the U.S. state of Minnesota. The population was 2,897 at the 2010 census. It is the county seat of Yellow Medicine County. The Andrew John Volstead House, a National Historic Landmark, is located in Granite Falls.
According to the United States Census Bureau, the city has a total area of 3.7 square miles (9.6 km²), of which, 3.5 square miles (8.9 km²) of it is land and 0.2 square miles (0.6 km²) of it (6.50%) is water.
U.S. Route 212 and Minnesota State Highways 23 and 67 are three of the main routes in the city.

The Upper Sioux Indian Reservation, or Pezihutazizi in Dakota, is the reservation of the Upper Sioux Community, a federally recognized tribe of the Dakota people, that includes the Mdewakanton.[1]

The Upper Sioux Indian Reservation is located in Minnesota Falls Township along the Minnesota River in eastern Yellow Medicine County, Minnesota, five miles (8.0 km) south of Granite Falls. It was created in 1938 when 746 acres (3.02 km2) of land were returned to the tribe by the federal government, under the Indian Reorganization Act encouraging tribal self-government.

As of the 2000 census, the reservation recorded a resident population of 57 persons. Its land area is currently 1.984 square miles (5.14 km2; 1,270 acres). The tribe operates the Prairie's Edge Casino Resort. Every August, the Upper Sioux community holds its Pejhutazizi Oyate traditional wacipi (pow-wow).[2] 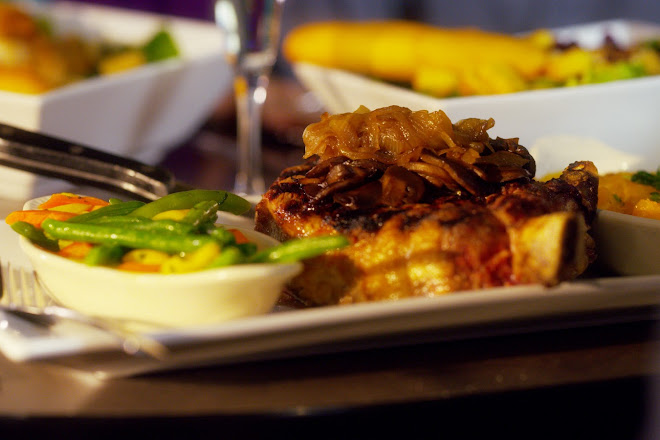 This reservation was originally established for the Wahpeton and Sisseton bands of the Upper Dakota. Under the Treaty of Traverse des Sioux of 1851 with the United States, it encompassed an area about 20 miles (30 km) wide and 70 miles (110 km) long along the Minnesota River. Following the Dakota War of 1862, the federal government punished the Dakota by drastically reducing the sizes of two reservations along the river, in an attempt to force the Dakota out of the area. Many of the people did move westward, past the Mississippi River, and many of their descendants live on reservations in South Dakota.

In 1938 the federal government returned 746 acres (3.02 km2) of land to the tribe, who were mostly landless, under the Indian Reorganization Act of the President Franklin D. Roosevelt administration. It also encouraged tribes to revive their self-government.

A decade later, the federal government began to promote the Indian termination policy, to end recognition of tribes they thought could successfully assimilate to mainstream society. Such termination would allocate their communal lands among individual households and end federal benefits associated with federal recognition. This policy was followed by the US government from the 1940s to the 1960s. The Department of Interior issued a memo dated 19 January 1955 for the Bureau of Indian Affairs (BIA) indicating that terminations were being reviewed in proposed legislation for four Indian communities of southwestern Minnesota, including the Lower Sioux Community in Redwood and Scott counties, the New Upper Sioux Community in Yellow Medicine County, the Prairie Island Community in Goodhue County, and about 15 individuals living on restricted tracts in Yellow Medicine County.[3]

Discussions between the BIA and the Indians in the identified tribes had begun in 1953 and continued throughout 1954. Although the Prairie Island and Lower Sioux communities drafted agreements to divide communal lands into plots with individual land ownership, the Upper Sioux strongly opposed tribal lands being divided under fee-simple title.

On 26 January 1955, US Senator Edward Thye introduced a bill (S704) to provide for termination of the named tribes. In addition to resistance within the tribes, non-Native American residents of the area opposed termination, as they realized state expenditures might increase to accommodate services to those who would be classified as new residents, and they expressed their opposition to the committee reviewing the bill. The Minnesota Governor's Commission on Human Rights also opposed the legislation, indicating that it would 'not adequately protect the interests of the Indians...' The bill died in committee, never reaching the Senate floor.[4]