Revel Casino opened doors in 2012 but never turned a profit and was closed after two years of operation. A number of buyers expressed interest in acquiring the property but it was Mr. Straub’s Polo North Country Club that bought the venue for the amount of $82 million.

The Florida-based developer proposed to turn the property into an indoor theme water park, an equestrian facility, or a genius academy for the nation’s brightest minds. All of Mr. Straub’s plans, however, were prevented due to his legal battles with the venue’s power supplier and former tenants.

Almost immediately after Mr. Straub bought the shuttered property in April, ACR Electricity, the company that supplied it with electricity, cut off service. Since then, the two parties have been trying to negotiate an agreement for the future provision of electricity.

Mr. Straub was even imposed fines by Atlantic City as the lack of electricity at the building creates potential risk of fire. The conflict between Revel’s owners and ACR imminently was brought to court.

Stuart Moskovitz, an attorney for Mr. Straub, told media that ACR is probably using electricity to power its central plant and is trying to bill Polo North Country Club and Revel for power transformers the casino is not using. Mr. Moskovitz also noted that ACR is preventing Mr. Straub from finding another power supplier and thus, creating fire hazard at the closed casino. 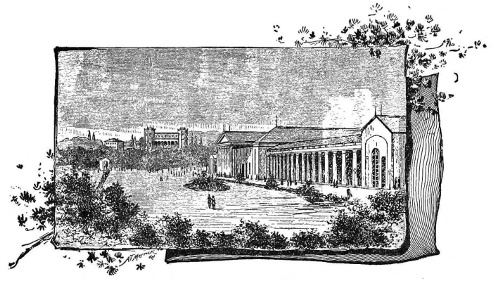 As mentioned above, the Florida businessman told media on Tuesday that the former gambling venue could be used for housing people displaced by Syria’s civil war. Mr. Straub said that he would only ask to be reimbursed for the costs related to the building’s operations while there are refugees there.

According to official statistics, about 1,500 Syrian citizens have been resettled to the United States of all 4 million who have left their country in search for asylum in other jurisdictions around the world.

The U.S. State Department has not provided an immediate comment on Mr. Straub’s idea.

Revel’s owner also told media that the property is to remain shuttered for now as he is currently facing a number of lawsuits and regulatory battles related to taxes, utilities, and former tenants of the venue. Bookmakers Revel ahead of Cheltenham Festival as Bettors Wager £1 Billion

The most expensive casino in Atlantic City’s history could be changing hands.

According to a report from Press of Atlantic City, a “notice of sale” was filed in Atlantic City by Colorado firm Mile High Dice, which is seeking to purchase the property from Florida-based real estate developer Glenn Straub.

The deal hasn’t been completed yet, and no purchase price has been made public.

Straub acquired the beleaguered casino in 2015 for $82 million. It cost $2.4 billion to build and required state help to open. Straub has battled with New Jersey officials over the licensing required to own a brick-and-mortar casino. He’s said on several occasions that he would consider flipping the property if the red tape wasn’t cut.

It was reported that a private investment firm out of New York made a $225 million offer for Revel, set to be called TEN, several weeks ago.

Revel was one of four casinos to close in the seaside gambling town in 2014. Straub once considered turning the property into a university where his ideal student was “white and over 21.” “It’s going to be for geniuses,” he said of the potential school.

That plan was ditched. He also considered using the casino to house Syrian refugees.

Despite being closed, the casino launched a slots app earlier this year. Revel never ventured into the real-money online gaming space after the activity was legalized in late 2013.

Earlier this year, a new bill came forward that aimed to help Straub reopen Revel without securing a full-blown casino license. It doesn’t appear that those legislative efforts have made a difference.