Vivian Thomas was a black man living in a time of great prejudice in our country. He was very intelligent and skilled in the field of medicine and was an asset to the scientists and doctors trying to find a cure for the “blue baby” syndrome. He had great determination and humility while being faced with prejudice from so many people and is an inspiration to not only the African American scientists and medical professionals who followed him, but for many people even today who hear his story.

Vivian Thomas’s talents and character traits were given to him by God to be used even in the face of so many trials, and I believe, after hearing his story that God uses the trials in our lives to make us into the people he wants us to be. Throughout his life and his career, Thomas was faced with the prejudice and persecution against African Americans in the country at the time.

The United States was segregated and many laws made it difficult for a black man or women to follow their dreams.

Thomas was not only looked down upon by many in the medical field because of his race, but was even betrayed by the man he considered a friend and mentor, after proving to be an asset to their studies. The trials he faced made it difficult for him and were discouraging as he worked hard to succeed, but I think that it was because of these trials that his character traits of humility and determination were developed. In times of trial, discouragement, and despair, it is difficult to persevere in the faith and continue to follow God and his plan for your life. Sometimes we think that our plans must lead down a better road, or that God must not love us enough to protect us from this pain we feel, but God actually uses the painful experiences to further develop our character.

Vivian Thomas could have given up when it became too discouraging, but instead he persevered and became an inspiration to many people. During times that are hard, God teaches us more about life, ourselves, and most importantly, about Him. Sometimes it is even necessary to go through a difficult time before we are able to realize the ways in which we need to grow and develop. James 1:2-3 says, “Consider it pure joy, my brothers and sisters, whenever you face trials of many kinds, because you know that the testing of your faith produces perseverance.”

This verse shows us that though it may not seem good at the time, every trial we face should be welcomed because when our faith is put to the test, traits such as perseverance are developed in our lives. In fact, how can our faith grow if we never know what it feels like to stand on God alone after everything else is stripped away? The difficult times in our lives are used as tests to see how strong our faith is, and to make us stronger.

It was an encouragement for me to see the way Vivian Thomas lived his life with perseverance, humility, and determination, even in the face of prejudice and opposition. It was easy to see how God used the trials in his life to develop him as a person and his story can encourage others to do the same in the midst of trials. When we trust God and persevere through the hard times in our life, not only will God strengthen our faith, but we can be an example and tell others our story to help them through the trials in their lives. Trials do not last forever, but God’s love is never ending.

Movie Something The Lord Made

Something the Lord Made. (2016, Nov 25). Retrieved from https://studymoose.com/something-the-lord-made-essay

This is just a sample.
You can get your custom paper from our expert writers

Something The Lord Made Full Movie Free Online

Get your custom Essay

Something the Lord Made is a 2004 American made-for-televisionbiographicaldrama film about the black cardiac pioneer Vivien Thomas (1910–1985) and his complex and volatile partnership with white surgeon Alfred Blalock (1899–1964), the 'Blue Baby doctor' who pioneered modern heart surgery. Based on the National Magazine Award-winning Washingtonian magazine article 'Like Something the Lord Made' by Katie McCabe,[1] the film was directed by Joseph Sargent and written by Peter Silverman and Robert Caswell.

Something The Lord Made Actors 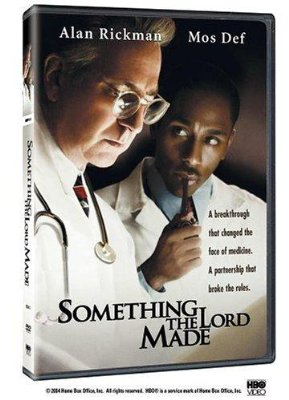 Something the Lord Made tells the story of the 34-year partnership that begins in Depression Era Nashville in 1930 when Blalock (Alan Rickman) hires Thomas (Mos Def) as an assistant at his Vanderbilt University lab, expecting him to perform janitorial work. But Thomas' remarkable manual dexterity and intellectual acumen confound Blalock's expectations, and Thomas rapidly becomes indispensable as a research partner to Blalock in his forays into heart surgery.

The film traces the two men's work when they move in 1943 from Vanderbilt to Johns Hopkins, an institution where the only black employees are janitors and where Thomas must enter by the back door. Together, they attack the congenital heart defect of Tetralogy of Fallot, also known as Blue Baby Syndrome, and in so doing they open the field of heart surgery.

Helen Taussig (Mary Stuart Masterson), the pediatrician/cardiologist at Johns Hopkins, challenges Blalock to come up with a surgical solution for her Blue Babies. She needs a new ductus for them to oxygenate their blood.

The duo is seen experimenting on stray dogs they got from the local dog pound, deliberately giving the dogs the heart defect and trying to solve it. The outcome looks good and they are excited to operate on a baby with the defect, but in a dream, Thomas sees the baby grown up and crying because she's dying. Thomas asks why she's dying in the dream and she says it's because she has a baby heart. Blalock interprets it as the fact that their sewing technique didn't work because the sutures didn't grow with the heart, and worked on a new version that would work.

The film dramatizes Blalock's and Thomas' fight to save the dying Blue Babies. Blalock praises Thomas' surgical skill as being 'like something the Lord made', and insists that Thomas coach him through the first Blue Baby surgery over the protests of Hopkins administrators. Yet outside the lab, they are separated by the prevailing racism of the time. Blalock makes a mistake once by accidentally cutting an artery at the wrong place, but eventually, alongside with Thomas, succeeds. Thomas attends Blalock's parties as a bartender, moonlighting for extra income, and when Blalock is honored for the Blue Baby work at the segregated Belvedere Hotel, Thomas is not among the invited guests. Instead, he watches from behind a potted palm at the rear of the ballroom. From there, he listens to Blalock give credit to the other doctors who assisted in the work but make no mention of Thomas or his contributions. The next day, Thomas reveals that he saw the ceremony, and quits from his lab. However his heart is so with the work he left behind that he finds himself unhappy in other endeavors and decides to overlook Blalock's lack of acknowledgement and return to the lab.

In 1964, one day before Blalock dies, he sees Thomas, now a professional surgeon and trainer in the open heart surgery wing. After Blalock's death, Thomas continued his work at Johns Hopkins training surgeons. At the end of the film, in a formal ceremony in 1976, Hopkins recognized Thomas' work and awarded him an honorary doctorate. A portrait of Thomas was placed on the walls of Johns Hopkins next to Blalock's portrait, which had been hung there years earlier. and a brief montage shows 'DR. ALFRED BLALOCK 1899-1964' over Blalock's portrait, and 'DR. VIVIAN THOMAS: 1910-1985' over Thomas's.

A man who in life avoided the limelight, Thomas remained virtually unknown outside the circle of Hopkins surgeons he trained. Thomas' story was first brought to public attention by Washington writer Katie McCabe, who learned of his work with Blalock on the day of his death in a 1985 interview with a prominent Washington, D.C. surgeon who described Thomas as 'an absolute legend.' McCabe's 1989 Washingtonian magazine article on Thomas, 'Like Something the Lord Made',[1] generated widespread interest in the story and inspired the making of a 2003 public television documentary on Thomas and Blalock, 'Partners of the Heart.'[2] A Washington, D.C. dentist, Dr. Irving Sorkin, discovered McCabe's article and brought it to Hollywood, where it was developed into the film.[3][4]

The film was nominated for nine Emmy Awards (including acting nominations for both principals) and won three, for Outstanding Made for Television Movie, Outstanding Cinematography for a Miniseries or Movie (Don Morgan) and Outstanding Single-Camera Picture Editing for a Miniseries, Movie or a Special (Michael Brown). It also received two Golden Globe nominations, Black Reel Awards for Best Film and Best Supporting Actor (Clayton LeBouef, in the role of Thomas' activist brother Harold), an NAACP Image Award, a Peabody Award,[5] a Directors Guild of America Award for Sargent, and a Writers Guild of America Award for Silverman and Caswell. The American Film Institute, which named Something the Lord Made the Best Television Movie of the Year for 2004, called it 'a revelation...a bittersweet story [that] is an important tool for America as it continues to search for a public vocabulary to discuss issues of race.'[full citation needed]

Watch Something The Lord Made online, free 123movies 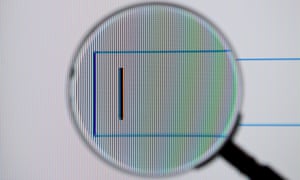