'The Outcasts of Poker Flat' from The Overland Monthly, January 1869

'The Outcasts of Poker Flat' (1869) is a short story written by author of the American West Bret Harte. An example of naturalism and local color of California during the first half of the nineteenth century, 'The Outcasts of Poker Flat' was first published in January 1869 in the magazine Overland Monthly. It was one of two short stories which brought the author national attention.

The story takes place in a Californian community known as Poker Flat, near the town of La Porte. Poker Flat is, in the opinions of many, on a downward slope. The town has lost thousands of dollars, and has experienced a moral. In an effort to save what is left of the town and reestablish it as a 'virtuous' place, a secret society is created to decide whom to exile and whom to kill. On November 23rd of 1850, four 'immoral' individuals are exiled from Poker Flat. The first of them is a professional poker player, John Oakhurst. He is among those sent away because of his great success in winning from those on the secret committee. On his way out of town, he is joined by The Duchess, a saloon girl; Mother Shipton, a madam; and Uncle Billy, the town drunk and a suspected robber. These four set out for a camp which is a day's journey away, over a mountain range. Once halfway there, all exiles other than Oakhurst decide to stop at noon for a rest, against Oakhurst's wishes.

While on their rest, the group is met by a pair of runaway lovers on their way to Poker Flat to get married. Piney Woods is a fifteen-year-old girl. Her lover, Tom Simson, known also as 'the Innocent', met Oakhurst before and has great admiration for him, as Oakhurst won a great deal of money from Tom. Oakhurst returned the money and pressed upon Tom that the latter should never play poker again, as he was a terrible player. Nonetheless, Tom is thrilled to have come upon Oakhurst on this day, and decides that he and Piney will stay with the group for a while. They do not know that the group is one of exiles; 'innocent' as they are, they are convinced The Duchess is an actual duchess, and so on.

A decision is made for everyone to stay the night together. Tom leads the group to a half-butty cabin he discovered, where they spend the night. In the middle of the night, Oakhurst wakes up and sees a heavy snowstorm raging. Looking about, he realizes that he is the only one awake, but soon discovers someone had awoken before him: Uncle Billy is missing, with the group's mules and horses stolen. They are all now forced to wait out the storm with provisions that will likely only last for another 10 days. After a week in the cabin, Mother Shipton dies, having secretly and altruistically starved herself for young Piney. Oakhurst fashions some snowshoes for Simson to go for help, telling the others he will accompany the young man part of the way to Poker Flat. The 'law of Poker Flat' finally arrives at the cabin, only to find the dead Duchess and Piney, embracing in a peaceful repose. They look so peaceful and innocent that the onlookers cannot tell which is the virgin and which is the madam.

Oakhurst has committed suicide. He is found dead beneath a tree with his Derringer's bullet in his heart. There is a playing card, the two of clubs, pinned to the tree above his head with a note:

BENEATH THIS TREELIES THE BODY OF JOHN OAKHURST, WHO STRUCK A STREAK OF BAD LUCK ON THE 23rd OF NOVEMBER, 1850, AND HANDED IN HIS CHECKS ON THE 7TH DECEMBER, 1850.

One of the story's heroes, Oakhurst is occasionally frank but kind in motivation. He is chivalrous, insisting upon switching his good riding horse Five Spot for the mule of the Duchess and refusing to use vulgar language. Another instance of his good nature is: 'Tommy, you're a good little man, but you can't gamble worth a cent. Don't try it ever again.' He then handed him back his money back, [and] pushed him gently from the room'. Oakhurst is not a drinker. He is cool tempered, even keeled and has a calm manner about him. He believes in luck and fate. His suicide spurs the question whether he was simply giving in to his bad luck or rather, decided he was no longer going to live by luck and took his life.

Harte's story has been brought to film at least five times, including in 1919 with Harry Carey, in 1937 with Preston Foster, and in 1952 with Dale Robertson. The spaghetti westernFour of the Apocalypse is based on this story and another of Harte's stories, 'The Luck of Roaring Camp'.

Operas based on The Outcasts of Poker Flats include those by Samuel Adler,[1]Jaromir Weinberger,[2] Stanworth Beckler,[3] and Andrew Earle Simpson.[4] 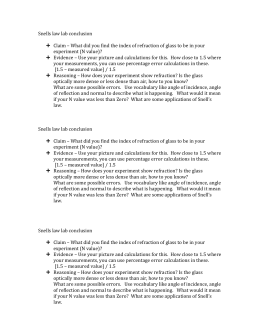