This game is a recent arrival in Montana. But from what I'm seeing online it appears the game has been in the major markets for quite some time. I'm just now starting to study and stat the game for potential exploitability. There are about 60 videos of the game on youtube.
Three Kings is an IGT penny denom 100 line video line game. Max bet here in Montana is a penny per line plus 25 cents to qualify for the progressive free games, so $1.25.
The main symbols in the game are the Lions. The purple lions are in the 3rd, 4th, and 5th reels. Catching all 3 purple lions in any position on those reels and you are awarded 12 to 25 free games depending on where the free games meter is. Note, this is not a 'must hit by' slot. The meter caps at 25 free games and stays there until the purple lions are hit. The purple lions are wild during the free games.
The red lions are on the 2nd, 3rd, and 4th reels. Catching all 3 red lions in any position on those reels awards 25 to 50 free games. Both the red lions and purple lions are wild during the free games.
The green lions are on the 1st, 2nd, and 3rd reels. Catching all three green lions in any position on those reels awards 50 to 80 free games. The green lions, red lions, and purple lions are all wild during the free games.
The free games meters go up based on action but don't run at a constant speed. The higher the numbers get the more spins it takes to move the meters up another notch.
If there is a short term advantage that develops in this game I'm thinking its when both the green and the red meters are close to maxed out. And the strategy would be to play until you hit one or the other, then take the free games and cash out.
Yesterday, a lady next to me was playing the game. She caught the green lions for 77 free games.
'Congratulations. That ought to be worth $300.' I said.
'Not always.' she responed.
You must play the game a lot.'
'Yes. When I'm in Vegas I play at the Cannery because they have a lot of machines with this game.
I'll finish later. Phone needs a charge.
'Quit trying your luck and start trying your skill.' Mickey Crimm
mickeycrimm
So the lady said she stayed at the Cannery and played off the Three Kings when she caught high numbers. I knew she wasn't a true AP or I would have seen her playing games I play. But I pumped her for information.
'Are you going to play that one over there when you are through here?'
'Why? Whats it on?
'The purple is on 19, red is on 40, green is on 70.'
'Thats a little low.' 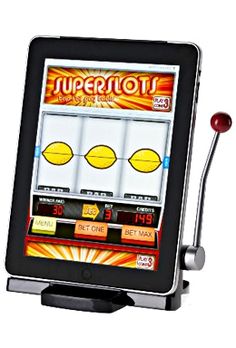 You are elegible to catch more free games when you are in free games mode.
'Whats the most free games you got at one time?'
'164.'
'How'd you do that?'
'I hit the green lions for 77 free games, then hit them again in the free games for another 50. Then I caught the reds for 25 and the purple for another 12.'
'How much money did you rack up?'

'$600.'
I finished my play and moved on.
Do you guys have this game in your jurisdictions? Is anyone playing this game?
'Quit trying your luck and start trying your skill.' Mickey Crimm
mickeycrimm
Another question I asked the lady was how much money was unvoled. 'Sonetimes it goes early but be preoared to put $300 in the machine. From observation in the casinos and youtube videos catching green lion free games in the high 70's appears to be worth somewhere in the high 200's to $600.
I have a big clue about the overall payback in Montana as state law is no line game above 92%.
'Quit trying your luck and start trying your skill.' Mickey Crimm
gpac1377
I'm slightly embarrassed to say I've never looked at the game, although I've noticed it here in Las Vegas. My impression was that the free spin meters didn't vary a whole lot, therefore the possibility of an advantage seemed unlikely. I don't see anything in your description to change my opinion, but I'm wrong a lot, lol.
I have played a variation of the concept. It's a '4-play' unit with corresponding progressive free spin meters. Each meter starts at 2, and caps at 50. The meter increases when 2 scatter symbols appear, and the free spins are awarded for 3 scatters. I'm not sure it's advisable to mention the name publicly. Fortunately I don't remember :)
'Scientists tell us that the fastest animal on earth, with a top speed of 120 feet per second, is a cow that has been dropped out of a helicopter.'
RogerKint
My girlfriend has 'wonged' this game for years. It is in Vegas at Circus Circus and the Plaza to name a few. It is also at a few SoCal casinos. Her best result was 80 free spins worth $220. I know this because she is always shoving the photo in my face when I doubt the play's value.
DRich
Hard Rock in Las Vegas had this game the last time I was there.
AxelWolf
I used to put a 10% hold on slots as a general rule nowadays I think that's way overestimating.
♪♪Now you swear and kick and beg us That you're not a gamblin' man Then you find you're back in Vegas With a handle in your hand♪♪ Your black cards can make you money So you hide them when you're able In the land of casinos and money You must put them on the table♪♪ You go back Jack do it again roulette wheels turinin' 'round and 'round♪♪ You go back Jack do it again♪♪
AxiomOfChoice

They have this game in Vegas. I've seen it at the MGM Grand. I played it a little bit when the number of free games was high.
I can't be sure, of course, but I seriously doubt that the game ever goes to +EV. In fact, I suspect that that's why they cap the number of free games. Although, it might be set to a different payback in Montana than in Vegas.
I don't know, progressives that have a max but are not a 'must hit by' have always seemed like a bit of a scam to me.
gpac1377

I don't know, progressives that have a max but are not a 'must hit by' have always seemed like a bit of a scam to me.

I found a photo of the game I was talking about:
There are a couple of problems here. Because the meters are capped at 50, I won't realize the full value of the meter movement for game 1. (The excess above 50 is kept in memory and added to the next reset.) And I couldn't figure out a way to play game 1 only. The lowest bet option was games 1 & 2.

So I conservatively judged the situation to be unplayable. I would have opted to play with a more balanced distribution between the top two meters. Something like 28 & 27 would have been much more attractive.
'Scientists tell us that the fastest animal on earth, with a top speed of 120 feet per second, is a cow that has been dropped out of a helicopter.'
beachbumbabs
Administrator

I have a big clue about the overall payback in Montana as state law is no line game above 92%.

I keep meaning to ask this. Why is it state law in Montana that no game can be ABOVE 92%? I could understand a BELOW restriction, but why do they cap it? Who are they looking out for? If someone wants to offer a game with low variance and 98% payback, say, to bring people into their bar by advertising it, why can't they?
If the House lost every hand, they wouldn't deal the game.