Every year, GPS manufacturers are expected to announce new models that have a couple of new features along with some affordable products that have features that were previously exclusive to high-end devices. But TomTom did a lot more in 2013 when it not only announced a complete revamp of the GO series but also rolled off a new user interface and design to really make these new devices seem like a huge deal to upgrade. TomTom wants everyone to try out this new interface by incorporating it to their high-end models like the TomTom GO 6000 all the way down to the TomTom GO 60. The GO 60 is currently TomTom’s most affordable 6-inch GPS navigator launched in 2013 and it has a couple of other neat features in addition to that new interface. 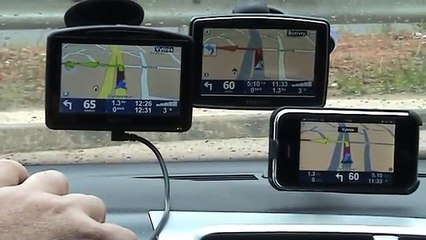 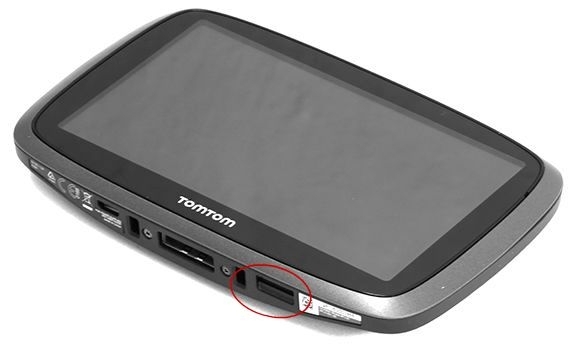 The TomTom GO 60 is quite attractive for an entry-level product as it nearly has the same design with curvy accents as the pricier GO models. The main differentiator is the resistive screen which somewhat hampers the touchscreen responsiveness but at least the screen is pretty high res with a screen resolution of 908 x 480 pixels. You’ll have to go with a more advanced model like the TomTom GO 600 which has a capacitive screen for multitouch gestures.

There is hardly anything traditional about the interface of the TomTom GO 60. From the main screen to the 3D map view, the GO 60 really looks like it is running a brand new operating system. Some of the new changes are unique as well like the main screen which is now a 2D map view so you can begin to decide where you want to head much faster. It takes a minimalistic approach too to give emphasis to the map while using the device’s great screen resolution to show off clear text and visuals. If you need to do something like search for a point of interest or plan a route for a favorite spot, you just bring up the menu by tapping the button on the bottom right of the screen and a scrollable row of icons pops up.

The menu system has been consolidated so you have fewer icons to worry about making it easier to get acquainted with this new interface. For instance, searching for points of interest is very easy as the Quick Search feature presents a simple text box where the TomTom device will actively search as you type. Then there is the “My Places” icon which shows all the favorite locations you bookmarked for easy route planning on demand. In addition to the row of icons on the menu screen, you can make various other adjustments such as toggling the night mode or adjusting the volume level.

The TomTom GO 60 still has a 3D mode which you can switch to any time and it has a refined color scheme putting the highlighted route on the spotlight. While the surrounding buildings are less noticeable, they are still nicely rendered and some of the key landmarks are accurately recreated in 3D too to make it easier to stay on track. In general, more of the 3D view can be seen as there is no more horizontal status bar on the top and bottom. Only the turn and speed information can be seen on those spots while the rest of the data resides on the right side. This new Route Bar is transparent and manages to portray some significant data including the traffic data without consuming too much space.

With the introduction of the 2013 TomTom GO series, TomTom changed the way lifetime map and traffic features are recognized. Gone are the letter suffixes where “TM” would mean lifetime traffic and map updates because TomTom wants all of the new GO devices to have these now essential features. Whether you consider the high-end GO 600 or GO 60, you will always get lifetime maps in the US. It is worth noting though that the pricier TomTom GO 6-inch devices have lifetime maps covering US, Canada and Mexico too. The TomTom GO 60 can use the new TomTom Traffic service too but there are a couple of caveats. The service is a 3-month trial and it will only work when connected to your smartphone as it will use your mobile device’s Internet connection. Spending $40 more on the GO 60S will grant you the lifetime TomTom Traffic although still with the smartphone requirement.

The TomTom GO 60 comes with another 3-month trial service too called TomTom Safety Cameras. As long as this service is active, the TomTom unit will sound off an alert when there is a speed camera nearby so you can remember to keep your speed below the limit. Since TomTom may not be able to track every speed camera in the country, the service also allows other TomTom users to report the presence of new cameras for others to know. In addition to these new improvements, the GO 60 comes with most of the other core features that were present in the older entry-level models including Advanced Lane Guidance and text-to-speech navigation.

The $159 TomTom Start 55 TM remains an interesting deal if you want true lifetime traffic and map updates although you will have to deal with a smaller screen and outdated interface. TomTom nailed a lot of things right with the new interface and it runs smoothly too. A large GPS device under $200 that is easy to use will always get a recommendation. But if you plan on using TomTom Traffic in the long run, consider getting the TomTom GO 60S instead.