‘Willy Wonka & the Chocolate Factory’ is a treat for fans who want to experience sensory immersion in slots machines. WMS, the developer of online slot games, has taken gaming to the next level by converting single stand-alones that featured fruit-graphics into multi-sensory third-dimension console that is engaging and interactive. The bonus rounds, payouts, and other features are sure to take players by frenzy.

Based on the ‘Willy Wonka & the Chocolate Factory’ film, the theme of the slots game is ideal for those who are looking for adventure, whimsy, and theatrics all in one. The combination of fantasy, technology, and the captivating music from the adaptation of the musical film released in 1971 has been done in fine fashion by WMS, making it a slots game which delivers excellent gaming pleasure.

WMS is famous for developing some truly imaginative slots machines that involve a vast array of themes – from fantasy to films. The whimsical background of the film mentioned above is imitated perfectly to produce a brilliant gaming experience, which is enhanced when the classic tracks from the movie play in the backdrop.

How to Play Willy Wonka Slots

The technology of the ‘motion chair’ is one of the most attractive features of this slots game and is paired ideally with the slots’ theme. When you ride a boat on the river of melted chocolate, the chair moves to and fro, mimicking the experience of a real boat ride. Players will indulge in the visual treats on offer as the superior graphics provide advanced picture quality which matches the slots game’s colorful theme. The green-haired, orange-skinned ‘Oompa Loompa’ characters and other aspects of the film set the stage for a truly exhilarating experience.

The operating platform used in the slots game – the CPU-NXT3 delivers outstanding audio quality. It also betters the synchronized motion and lighting capabilities of your console. Also, the music from the hit film, which was nominated for the Oscars, really does elevate the players’ mood, while the touchscreen options add more detail to the whole experience, enabling you to feel, hear, and watch the game. 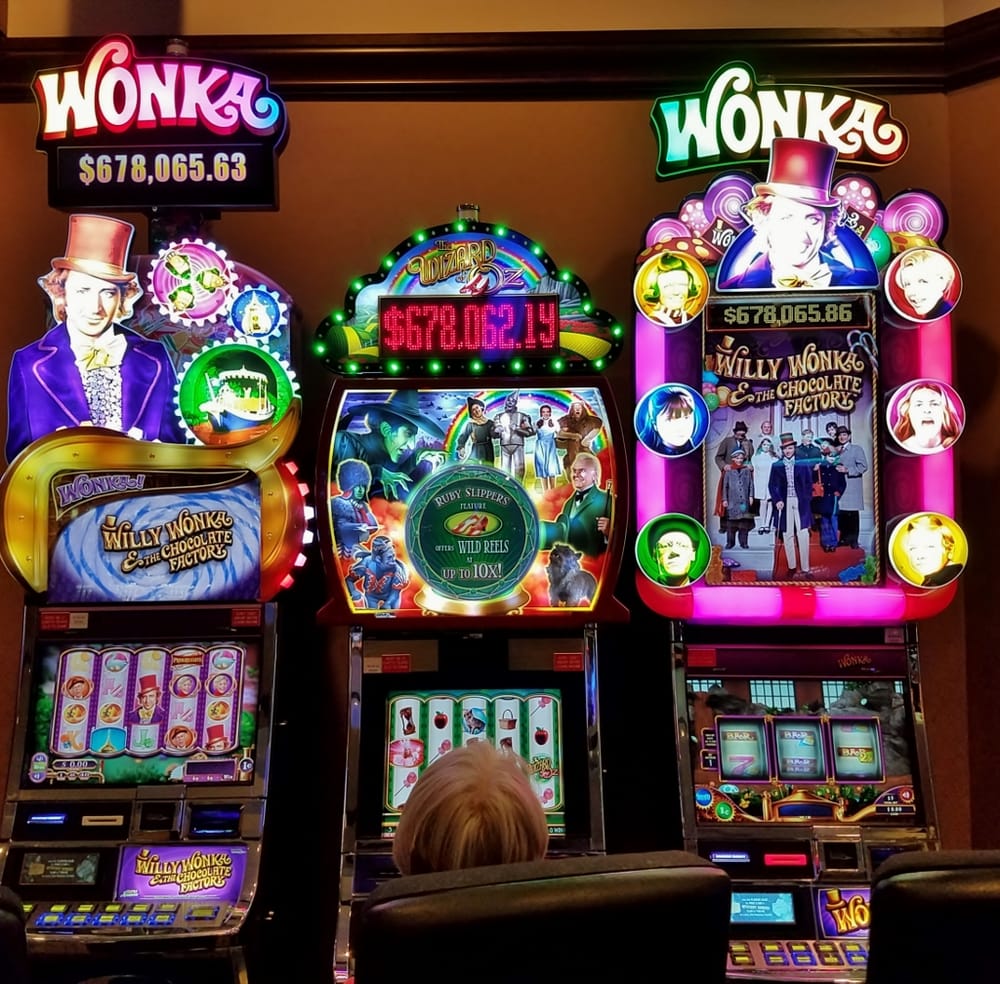 Willy Wonka & the Chocolate Factory is a slots game that intelligently and innovatively combines the several different elements of Willy Wonka & the Chocolate Factory (film) with the traditional thrills that are synonymous with slot machines. Your chances of bagging more wins will increase as the Oompa Loompas appear on the screen and add wild icons to the reels. Similar to the golden ticket in the film, the slots game also features one that can be won by players. But you are unlikely to win a trip to a chocolate factory. Instead, a $5000 payout will compensate for it.

As in the film, players can find the golden ticket in the big bar of chocolate. The bonus game reinvents the unforgettable experience of a boat ride in the chocolate river. Every time you fail to win a jackpot during the bonus stage, your chances of landing the ticket increase. The frequency at which the bonus stages occur in this slot game is the same as how often it occurs in any slot machine based on royalty. But the overall thrilling experience derived from the 1971 blockbuster is one of the finest out there, and if you’re a fan of the film, you are sure to lose yourself in the whimsy of this slots machine.

More About Willy Wonka: The Film 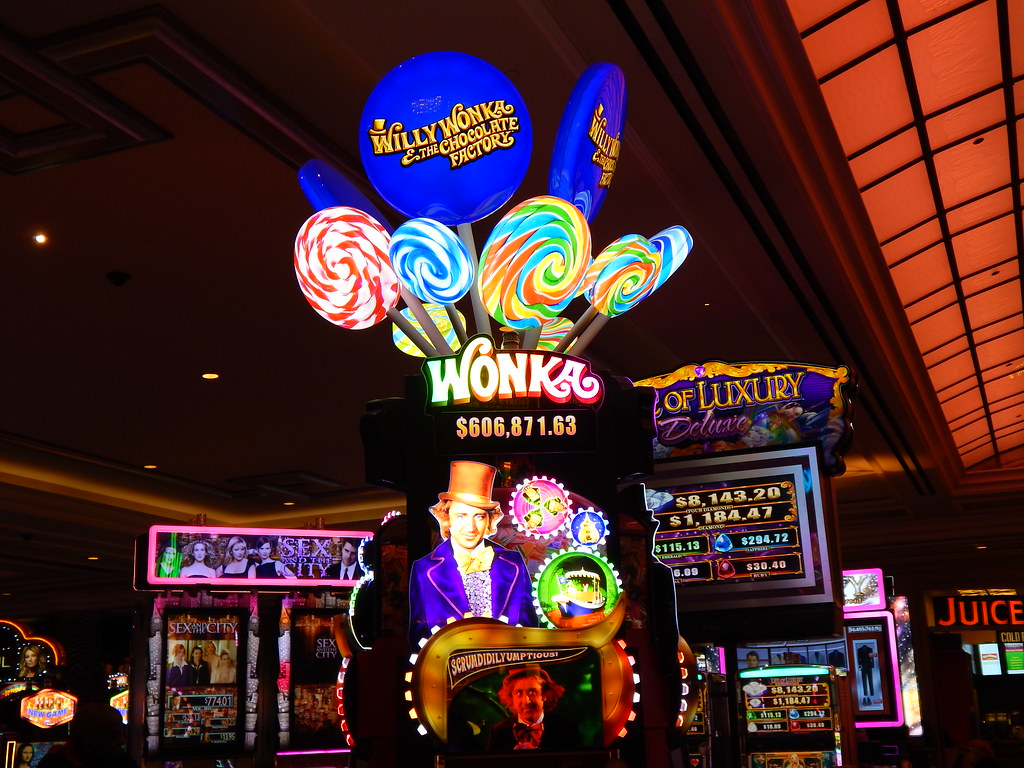 Adapted from ‘Charlie and the Chocolate Factory’, Roald Dahl’s novel for children, Willy Wonka & the Chocolate Factory (the 1971 release) is a motion picture. It narrates the story of a little boy who finds a ticket in a bar of Wonka chocolate. The ticket allows him to take a trip to a chocolate factory owned by Willy Wonka. The adventure on his trip exposes him to the manner in which chocolate is made in the factory, and the whimsical characters that make it. The plot of the movie ends with Charlie – a poor boy – being selected as the heir to Willy Wonka’s chocolate factory.

Gene Wilder played the role of Willy Wonka in the film. The motion picture was a huge hit all over the world and it also has a cult status thanks to the several broadcasts on TV. The original score of the film was an Academy Award nominee, and some of the popular elements in the film continue to resonate in people’s mind even today. The Wonka Bar, the boat-ride in the chocolate river, the intriguing characters, and the owner of the factory – Mr. Wonka himself, are still fresh in the minds of many.

‘Charlie and the Chocolate Factory’ is a 2005 film that starred Johnny Depp as Willy Wonka. Adapted from Roald Dahl’s book, both movies were very successful. Although they are based on one story, the 1971 picture revolved around the character of Willy Wonka while the 2005 film focused on the character of Charlie Bucket.